The green alternative for chemical manufacturing

Transform Materials has developed a novel and sustainable process to convert natural gas into high-value chemicals, opening up a new pathway for green chemical manufacturing.  Harnessing the power of energized plasma, our process converts methane– a simple and plentiful ingredient – into key chemical building blocks:  hydrogen and acetylene.

Transform Materials offers compact, modular, and multiplexed plasma reactors that produce high-purity hydrogen and acetylene that customers can integrate into their existing infrastructure. Our technology replaces traditional chemical manufacturing and distribution with a modern, clean, and energy-efficient alternative. 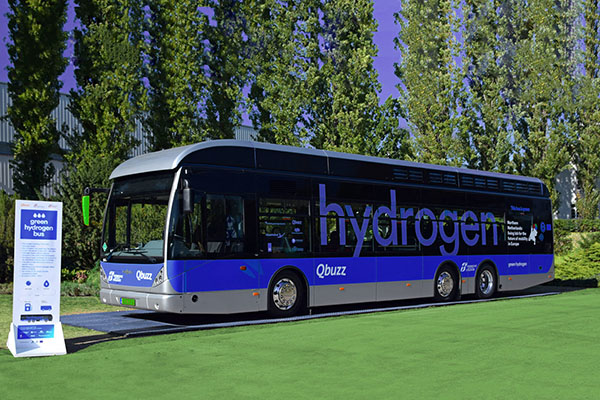 Transform Materials revolutionizes the way that hydrogen is produced.

Transform Materials' process is a clean and efficient pathway for generating acetylene, a key ingredient in chemical manufacturing.

Founded in 2014 by Dr. David Soane, an accomplished serial entrepreneur and a former tenured professor of Chemical Engineering at the University of California (Berkeley), Transform Materials attributes its success to a synergy between chemical and physics expertise. Dr. Soane recruited a core scientific team of scientists and engineers with backgrounds in one or both of these disciplines, and then guided them in solving an enduring problem in physical chemistry: how to transform methane into other useful substances without combustion.

Methane is a particularly desirable starting material because it is in such great supply, making it cheap and readily available. Methane, the main component of natural gas, is universally known as a fuel because of its propensity for combustion. But, as we know, this combustion forms carbon dioxide, a familiar greenhouse gas. With a balanced set of four hydrogens around a central carbon atom, methane is notoriously stable, resisting other chemical transformations besides combustion. Transform Materials developed a microwave-powered plasma reactor that energizes methane without combustion to produce acetylene and hydrogen, valuable components for energy production and chemical manufacturing.

Transform Materials' microwave plasma reactor is housed in a production system that is modular and can be size-matched for any customer's needs. A set of large reactors can produce enough acetylene to feed an industrial-scale chemical plant. A smaller reactor can be compact and portable. Because it is scalable, Transform's reactor can be installed on-site for a hydrogen or acetylene customer, producing the materials that the customer needs without involving complex transportation systems or other logistics.

Conventionally, hydrogen is produced by electrolysis or methane steam reforming (MSR), both energy-demanding processes. Hydrogen from MSR has to be transported to where it will be used. Similarly, acetylene is produced by energy-demanding processes such as the conventional carbide process (using coal and limestone), partial oxidation, or the ethylene cracker process. These legacy processes involve large carbon footprints, low energy efficiencies, and difficult separation/purification schemes. By contrast, Transform generates hydrogen and acetylene with high purity, high efficiency, and high selectivity, offering a green and economical alternative for producing these vital chemical precursors.

See Our Technology in Action

Our new facility in Florida (USA) houses the commercial-scale demonstration systems that showcase our revolutionary technology.